A bandertron (also spelt bandatron) is a term used to describe someone or something that lacks skill or intelligence. If the subject is human it is highly likely this person suffers with severe galloping knob rot.

Its hard to define exactly what a bandertron looks like but generally this person would have a rather extreme case of wonky face syndrome (see image below). Here are a few classic bandatron stereotypes: 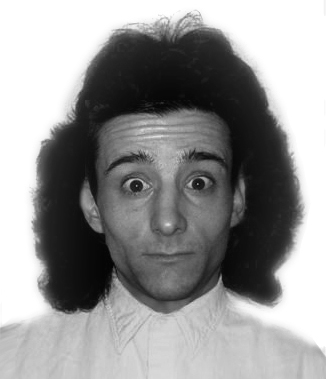 What does a bandertron listen too?

Bandertrons are WELL into anything 80s and anything cheesey. The Top Gun soundtrack the ultimate banertron album of all time. A bandertron without Top Gun is like John Bon Jovi without a mullet…

Currently there is no one person who holds the world title of ‘The Worlds Greatest Bandertron’, however, there are a couple of people that could be possible contenders for the title – Pete, Martin and myself.

The ‘Ulitmate Bandertron’ is a serious title for those who contend at the bandertron championships. This years OBC (Official Banatron Championships) is going to be a hard battle and place  where we separate the bandertrons from the boys.

Please vote for your favourite bandertron by sending the word ‘Pete’, ‘Tom’ or ‘Martin’ through the official bandertron voting form (Subject: Bandertron).

Ok, you probably thinkin we’re mental (which your probably right) and thinking WTF are you talking about….

Just to clarify and set your mind at ease, this is a personal/work joke where a challenge has been set to see who can get the term ‘Bandatron’ indexed in Google first. If you’re familiar with the term ‘Google Wacking’ you’ll know what I’m talking about. If your not, please don’t be too scared.

I’d like to point out that the other guys featured in this post are actually quite normal, well, ish…